Did Sammy ever tell you about the time he called begging me not to marry you? It was out of concern for me, our engagement, the call was a warning.

“Yes, he’s my best friend.  Yes, you both appear awesome together – please don’t marry him. You are not like him in the ways you think you are. He’s not marriage material, end things, try to stay friends.”

I really did love you, just to be clear.  You were a wonderful human being, creative, funny, kind, a friend to so many.  Why would I doubt your love came in any form but sincere? Still, there was a whispering ever-present in my head, and then he called, pulling my head from the sand.

Sammy dropped the hammer on my dreams, but I needed his unsolicited sobering. The kind of message that can be delivered only out of friendship, nevermind the brutality. What sucked was knowing he wasn’t wrong. Listening to him explain his worries confirmed the suspicions I’d had all along.

I loved being with you, the time that we’d spend.  Driving to Orlando, hanging out with our group of friends. But you, my wayward artist, and misguided man were going to drain the life out of me honing your potential,  in a process that would never end.

You were going to turn me into that nagging bitch of a wife, and Sammy knew it from experience, he’d watched happen before. “He is going to ruin you.  You’re not a bitter, angry person, don’t let him change you into something that you aren’t.

He thanked me for the letters I wrote since he moved away, talked about his wedding that was coming, and ended our call with an apology. “I know that wasn’t easy to hear.  If I hadn’t called you, hadn’t said anything, I couldn’t live with myself, I’m truly sorry my dear.”

All those things that he told me, things that I didn’t want to admit to myself, I needed that phone call, that lifeline, but I wanted to hear you say them myself.

Your honesty was a curious thing, I found it liberating, heartbreaking, and infuriating. Our relationship had been a fool’s errand, one that I ended after asking all of the questions. “Why wouldn’t you just tell me?  Why did it take me feeling like something was wrong and asking a million questions, like some inquisition to find out being together isn’t where we belong?”

“Because I love you.  Because I need you.  Because you are the one that is strong. I don’t have what it takes to match you, it’s scary that you’re everything, what I’m lacking, I should have told you, it shouldn’t have taken this long.” You started babbling about making amends, working on us, what breaking up would do to the life we had planned. It was white noise, and there was no appetite to accept your ardent pleas.

“You really would have used me like that?  Put everything on me without attempting to give anything back?  That isn’t loving, that’s selfish and indolent, hearing your answers cause me pain.  You would have hated me for it, and I would have hated you.” At that moment, that intractable moment, our future vanished, even from the realm of friends.  The past two years vanished, my heart sank, then hardened, nothing you could say would soften or charge it to care.

“This doesn’t have to be where it ends. Couples bounce back from things like these, it’s not like I was cheating. I want you to marry me.  You’re the best thing that’s been in my life, and I can’t let anyone else have what you’re capable of offering.”

When you said those words, I could only think: “Thank god for Sammy calling me.  Thank god I had the good sense to listen to him and my inner whispering.”  I hung up the phone with a simple goodbye, paired with a long, exasperated soul recovering sigh, “Yeah? I know with one hundred percent certainty that is never happening.”

Bubble, or bubbles, I can never remember how many there would be.  I do however remember you always meeting me.

Tiny square tab, suggesting an invite on my tongue, a long release from the bothers of life around me all precariously hung.

That’s exactly what I needed, and to see you meant my journey had begun.

Before I’d present myself to you, I’d lay my hands on the ground.

Like a ceremonial procedure that became natural, a dark recess. Surfaces would start rolling gently, kissing on my palms.

There.  That was the feeling. How I knew it would feel, ready to come to you, my small secret escape. A delicate animation from what my brain recalls.

You always sat there, just below the faucet.  Hovering above the drain, knees were drawn up to your chest.

Your voice never realized words, just made the shape of a bubble, keeping time with the water droplets, popping silently landing on my fingers.

Translucent, heliotrope, with a yellow glowing aura. Turning slowly into an incandescent tan.

Somehow you brought me comfort, this gentle fragile feminine thing.  Small and secret, just those bubbles, or was it a singular bubble?  After working through it, I simply can’t recall.

I just know it was something to be kept between us, my conjured, bubbling djinn.

Open the patio doors, it’s breezy and gray, palm leaves swing in the late afternoon of a lazy October day.

Thinking that I need to rest, unburden myself from the worry packed in my chest.

The breeze turns to winds, as though they sense in me the need to push it all forward, propelling my limbs.

It’s an active gust now, pushing out and pulling in, as the planes fly overhead, making noise high above the branches as they bend.

There is light forcing itself through the gray, reminding me that the relief I seek is needed, not selfish, as it churns its way through the late afternoon, the remnants of a Sunday.

Move with the swells in the breeze. Lean into the air, feel it’s intent pushing through the leaves.

Close the doors behind me as I leave, the burden in my chest has lifted, blown away, freed from the gray, feeling my spirit has shifted.

It’s the year of the cicada, it is deafening.

Their voices rise from the ground like a million corpses resurrecting.

They usher in the cast of characters changing the global scenery.

A blood-curdling fevered pitch of waking violence, sickness, and death.

Death of how we used to live.

Death of comforts taken for granted.

Death of mankind that choke our hope.

They usher in the cry of change.

Rebirth of how we now will live.

They mark the year that found the world on fire, waking growth like a forest after burning wild.

It’s the year of the cicada, it is deafening.

The smell of late Summer is in the air.  Juice runs down my chin from a perfectly ripe pear.

You’ll tell the story about the frog and the lily pad.  You’ll take me down dirt roads and remove everything that’s sad.

You’ll make me an RC float to wash this Indian Summer down.  Singing Country Roads in the Ranchero, your love tied up in the sound. 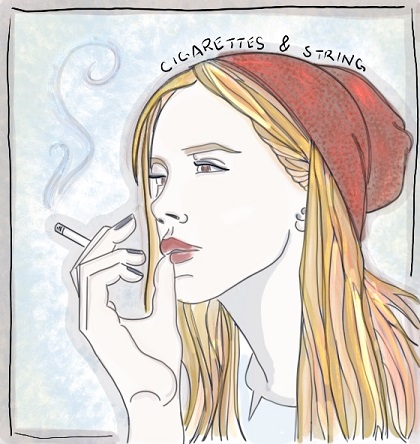 A cigarette is trapped in her crinkled, pursed up lips.

Smoke twists away in curls of gray from her face.

She knows better, but there’s self-loathing woven in with her love.

Better off now than she ever was her mind tugs.

Neat and tidy in everyone’s view, a taunting string threatens her with unraveling.

Pulling it would mean destroying things in the pattern she designed.

Not an easy fix, pushing the thoughts back in with the string now stuck in the needle.

While no one’s watching she’s busy sewing, stitching herself back together.

Careful not to expose the secrets of her stuffing, hidden behind this bespoke version.

There’s a pause between these thoughts of hers, lingering in the ashtray.

Slow ashes are still burning from her cigarette put out too early, searing off the string. 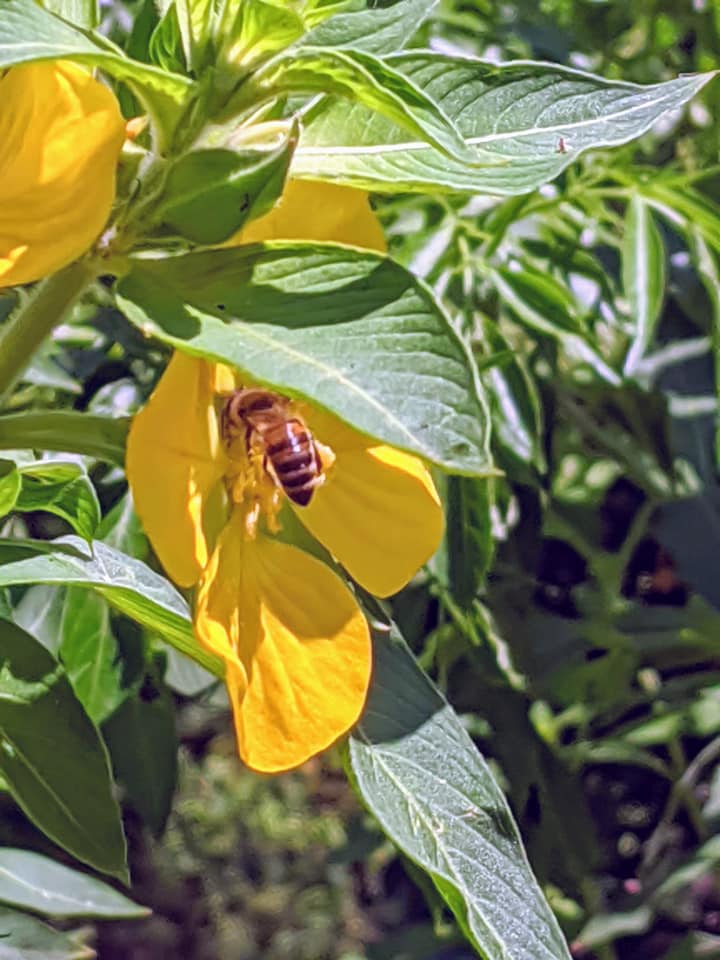 Summer sits.  It sits with its head in its hands deciding what to do with this lightning that never seems to end.

“Aren’t these bugs just stupid? I wish they didn’t bite as much but scratching your skin riddled with bumps is just part of summer.”

“You can’t be mad at it.  Well, you could, but your bitching just seems wasted – go make lemonade. Or cut up watermelon, that’s something better.  Grab a towel while you’re at it, I want to go for a swim.”

The Clouds are up from the table, obeying Summer’s whims.  Getting their picnic prepared.  Everything is ready now, skinny dipping in all this heat, the water feels just right.  It’s a nod to their childhood.

“Jump in without caring! God-damn it! I stepped on a bee!”

“That’s what you get for running through the clover barefoot, Summer.” The Clouds chuckled, getting back to their backstroke, smelling like coconut suntan oil.

“You’ve always been too lazy, you never learn.  Remember last year when you got stung running through the water blowing out from the garden hose?”

“But it was coming out so cold!” Summer never gave a shit about the flip flop recommendation – too busy laughing, hopping on one foot, throwing out lightning.

The Clouds, they can’t be bothered, floating around, eyes squinting, pruned up fingers pull the swimsuit from their cheeks while they towel off, wringing rain from their soggy waving hair.

“For the last time, put some got dang shoes on your feet, we’re leaving.”  Summer relents like a toddler, the last hurrah before packing up – summer is finally over. 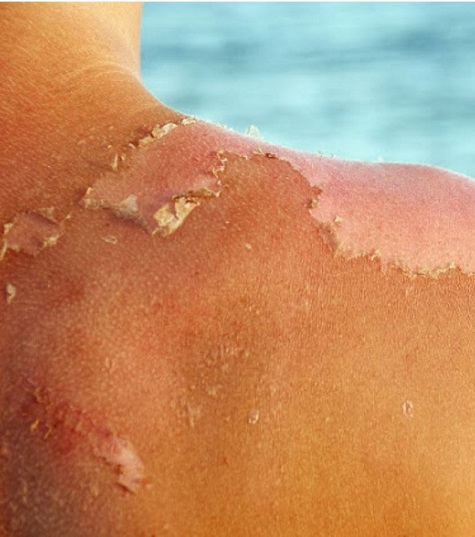 There’s purpose in your whisper, yet it’s annoying, like peeling skin from a sunburned blister.

In another time we could have been friends, hell, even sisters, yet we’ve turned out very differently, feeling more like sworn enemies.

Still, you have your moments when you aren’t worthless, and there is love in you, you can feel it.

Just like that late summer sunburn that torments but leaves glowing new skin behind.

A place for scribblings & bibblings.